Mrs Y had built up debts which had become a problem for her as the cost of funding the debts was seriously impacting on her standard of living. Having involved her family, a plan was arranged to release £15000 on a lifetime mortgage. These funds enabled her to clear her debts which improved her income position significantly. The greatest impact for herself was the release of the pressure on her finances which eased her financial worries. This case has proved that even releasing a smaller amount can make a real difference to the circumstances of an individual.

Mrs D’s only son was getting married and she decided that she wanted to give her son the best possible start to married life. She did not have funds herself and decided she would raise £50000 from the value of her property to provide the happy couple with a significant deposit for their new home and also to make sure they started married life with funds behind them. There was still enough left over for her to enjoy a post wedding holiday to get over the stresses of organising the big day.

Mr and Mrs X moved into their retirement home which was a beautiful bungalow on a hill overlooking a valley. However the cost of buying the property left them short of funds to refurbish and redecorate their new home to the standards. We released £50000 from the value of the property to enable them to enjoy the view from their home by building a conservatory and completing the redecoration. The work completed has given them their dream home in which to enjoy their retirement.

Mr F and Mrs Y were brother and sister who jointly inherited the family home when their last surviving parent died. Mrs Y had lived in the home for the past twenty years and neither party wanted to see Mrs Y evicted from the property. Neither party had sufficient funds to be able to resolve the matter. Equity Release became the answer as Mrs Y was able to raise funds to give to her brother as part of the settlement that allowed ownership and occupancy of the property to stay with Mrs Y

Mr and Mrs M wanted to mark their golden wedding year with some special events. They decided that they wanted to take their close family on a Caribbean Cruise to celebrate this great landmark. In addition they wanted to hold a party for family and friends to give them the opportunity to be part of their anniversary. They wanted a one off £20000 to fund these events and ensure that they were able to mark the event with celebrations they could reflect on for the rest of their lives. 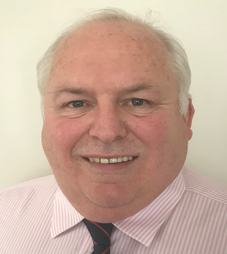 We provide initial advice at no cost and without obligation. If you choose to proceed and your case completes we charge a fee of £795 and we will also be paid commission from the lender.